Pearson: From Publisher to Innovator 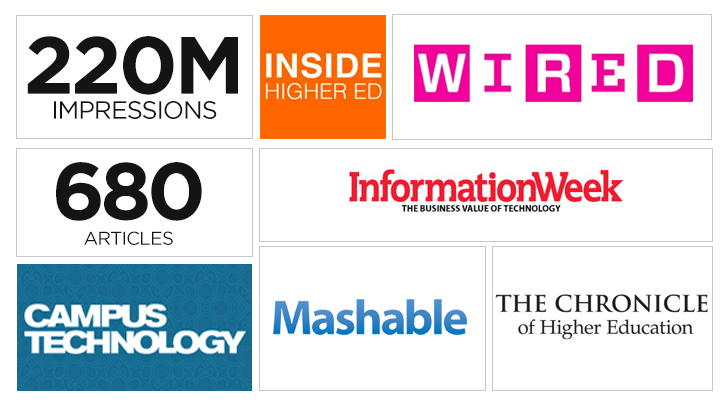 Pearson is the world’s largest learning company, with more than half of its revenues coming from digital products and services. Yet the Company was challenged with the legacy of its publishing roots and wanted to position itself as a thought leader and innovator in Higher Education. Pearson looked to Zer0 to 5ive to help it in this transition and communicate its story to the media. Zer0 to 5ive conducted a targeted media audit and found that while the media all knew and recognized Pearson as an industry leader, they felt they weren’t privy to the bigger picture of where Pearson felt Higher Ed content, technology and services were going. As a result of that audit, Zer0 to 5ive used two main strategies to better communicate Pearson’s story: a thought leadership program that utilized the expertise and talents of more than 20 Pearson executives for interviews, bylines, blog posts and commentary, plus a multi-channel approach to communications working with the internal Pearson team to leverage content across multiple channels.

The 2013 results speak for themselves. Over the course of the year, Pearson executives conducted more than 110 interviews and had 18 thought leadership pieces published, including 4 bylines. Pearson (Higher Ed) was mentioned in over 680 articles, resulting in more than 220 million impressions, including outlets such as Wired, The Chronicle of Higher Education, Inside Higher Ed, Information Week, Campus Technology, and Mashable, among others. Notably, the media now regularly turns to Pearson for its opinion, outlook and commentary on key topics.