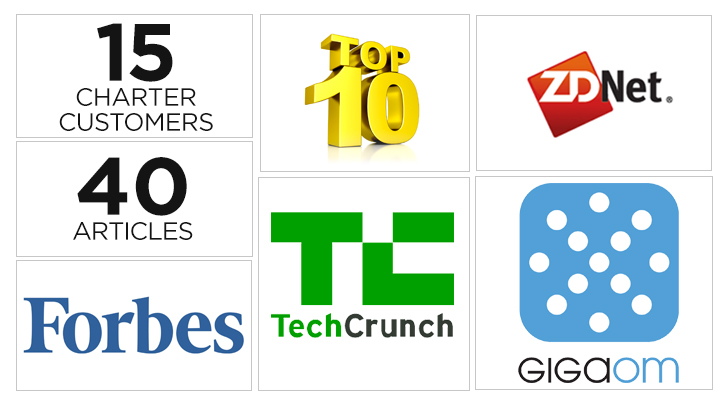 When it was founded, the Splice Machine team had a big idea — a real-time SQL-on-Hadoop database. But breaking into the Big Data conversation was going to be a challenge, when the product wouldn’t be in Beta for a year. Zer0 to 5ive answered that challenge with an aggressive PR program that positioned Splice Machine as an innovator and thought leader in Big Data. The team used a combination of PR, speaking and event participation and SM to reach media and thought leaders, as well as share Splice’s point of view on how to combine transactional and analytical data in near real-time.

As a result of early and aggressive outreach, Splice Machine was listed on nearly every major Big Data Top 10 list as a “Company to Watch.” In addition, Splice’s strategy of combining SQL with Hadoop and ultimately becoming the equivalent of an RDBMS on Hadoop garnered significant interest from the industry and helped the Company assembled more than 20 Beta customers for its product. In the first year alone, pre-product, Splice appeared in 40 articles, including TechCrunch, Gigaom, ZDNet and Forbes, and met with more several key industry analysts, many of whom wrote on Splice’s unique approach.